We are delighted to announce that Josie Young, Strategy & Ethics Lead at Methods, has won the award for Young Leader of the Year at the Women in IT Awards last night!

The Women inJosie Women in Tech Awards IT Awards took place at Grosvenor House, London and looks to address the technology industry’s disheartening gender imbalance. It aims to do this by showcasing the great achievements and innovation of women in technology, improving diversity, demonstrating passion and exploring use of technology within business. 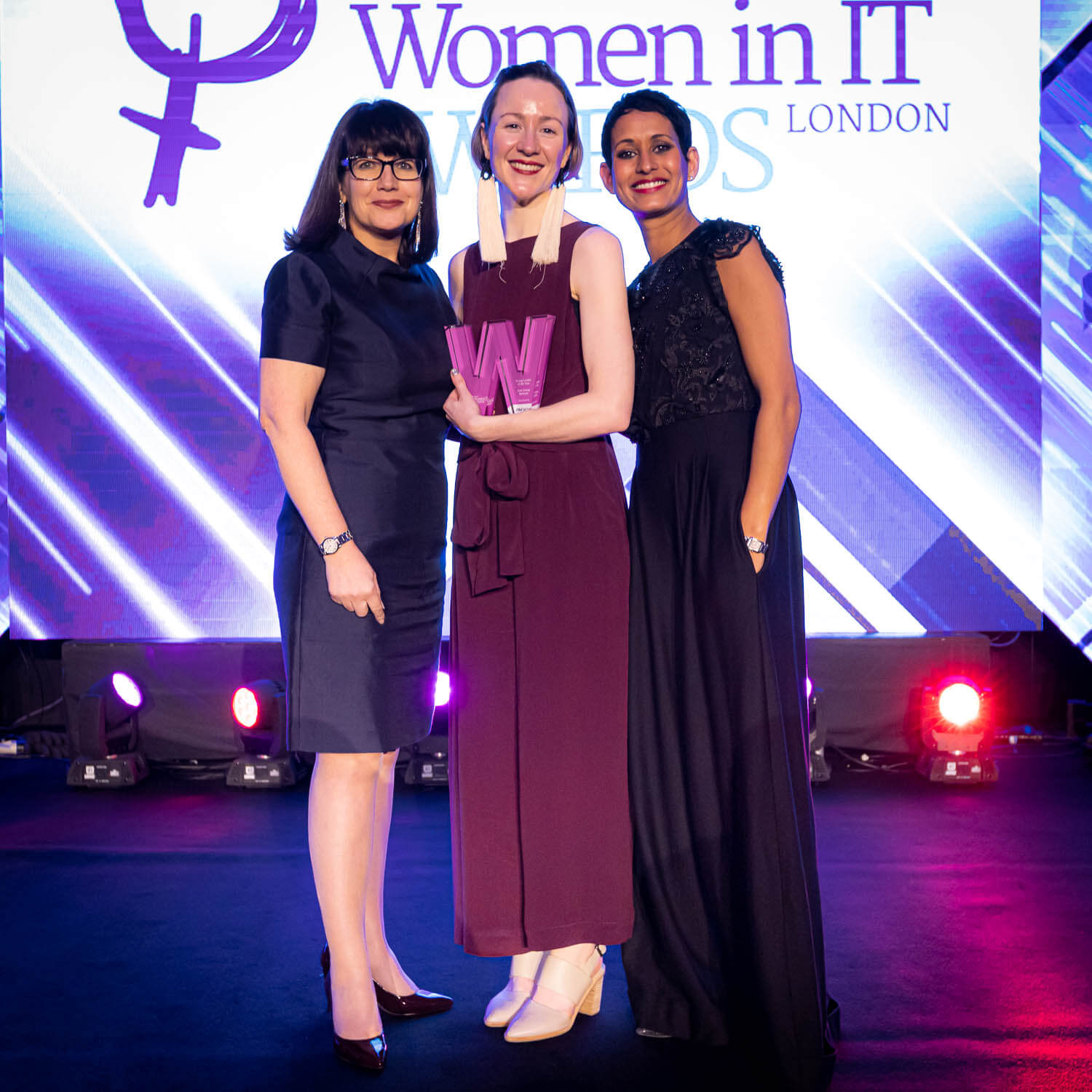 Josie works at the forefront of the intersection between applied artificial intelligence (AI) and ethics, and whose ground-breaking research is fundamentally questioning, reshaping, and vastly increasing our awareness of the nature of our current and future relationship with artificial intelligence. In 2017, Josie designed, developed and successfully tested an innovative framework for developing a feminist chatbot with the aim of examining and meaningfully disrupting the relationship between current chatbots and entrenched gender power dynamics.

In 2018, Josie worked with Charisma.ai and King’s College to identify ways to deal with bias in large Josie Award Photoword libraries used in natural language processing (NLP). Following on from this, and between 2018 and 2019, Josie co-developed an Android app designed to showcase the applied end-to-end integration of machine learning (ML), deep learning (DL) and augmented reality (AR) whilst highlighting the dangers of bias amplification and algorithmic determinism within artificial intelligence. The app, inspired by the Biometric Mirror experiment undertaken at the University of Melbourne, was designed to automatically predict and classify subjective personality traits about an individual using deep learning purely by pointing the camera of a smartphone at their face. This deeply thought-provoking app was showcased at the 2019 National Digital Leaders conference in London.

Finally, as a lead transformation consultant here at Methods, Josie works to redesign public services to ensure that they are centred around citizens and user needs, using the latest cutting-edge technologies to have a real and positive social impact.